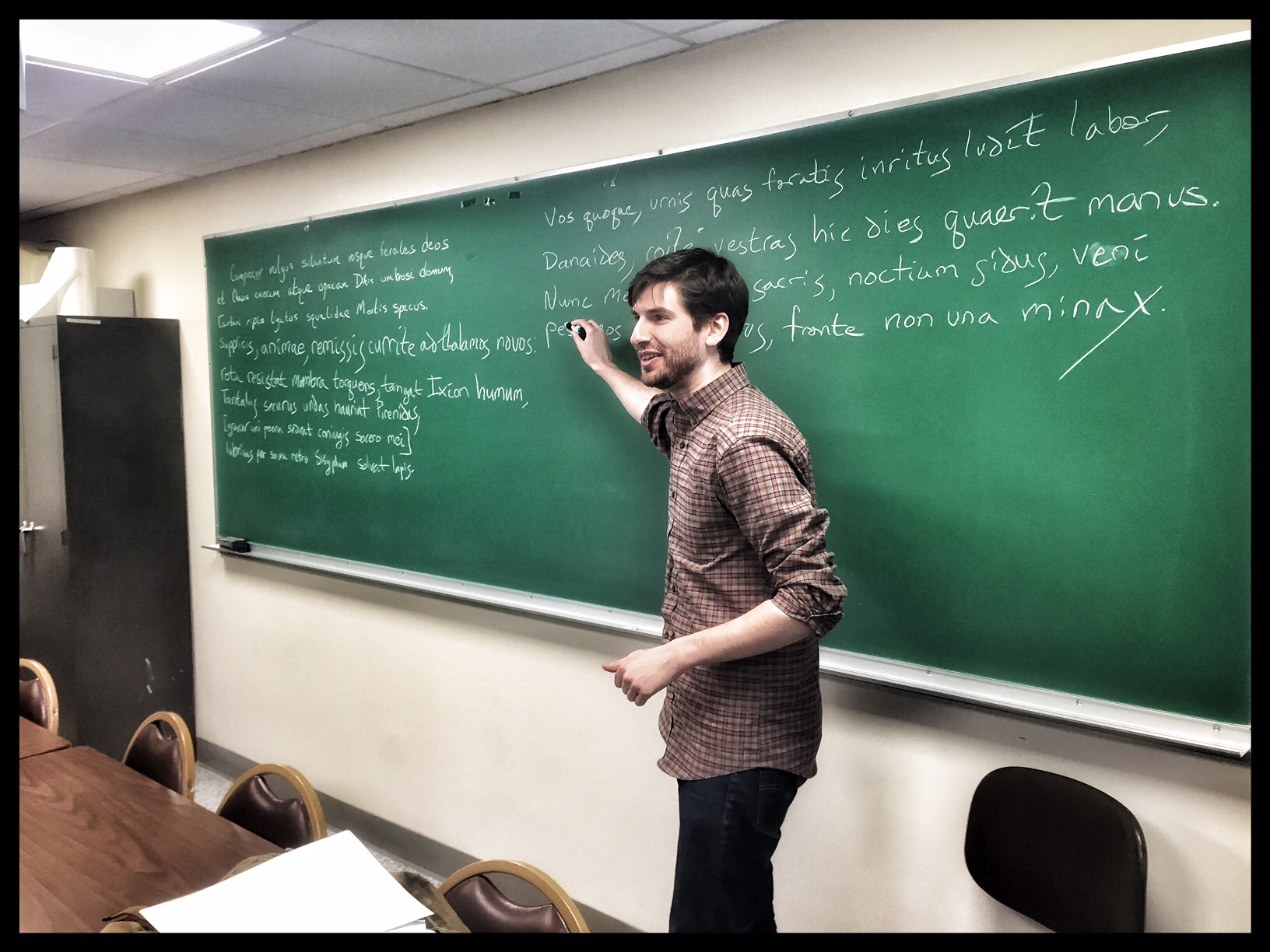 If there’s one skill that’s crucial for medievalists, it’s the ability to read Latin confidently and well. Sooner or later there will be Latin charters to read, religious texts to translate, laws and other literary gems to parse out, all of which require a solid command of Latin, and there is a huge chasm between having taken a Latin reading course or finished a grammar book and the actual ability to translate with (relative) ease. This is exactly where the Latin Reading Group comes in, and Galina Krasskova, one of the leaders of the group sent us this article to tell us more about this aspect of life in the Center for Medieval Studies.

For the past several years, the Center for Medieval Studies has sponsored a weekly Latin Reading Group for students. In years past, it was usually facilitated by a graduate student from Classics, and this year it’s being led by me (Galina Krasskova) and English PhD student David Smigen-Rothkopf. Both of us have a pretty extensive background in Classics.

Each week we and a handful of intrepid souls gather in FMH in room 416 to plumb the syntactic mysteries of authors from Cicero to Catullus, Vergil to Augustine, Seneca to Gerald of Wales and more. We work our way through poetry and prose, Classical and Christian Latin reviewing points of grammar as needed (and it’s usually needed for all of us. One cannot have too much grammar review with Latin!).  Sometimes a student will bring a particular passage that he or she is working on for a class or research and we’ll tackle it together.

The group is open to all levels from rank beginner to the occasional Classics graduate student who wanders in for an hour of practice. We usually have a friendly mix of Medievalists, Historians, English majors, the occasional Theology major and even an undergrad now and again. So, if you’re Latin-curious, or your Latin is rusty and you’re looking to improve your skills in a non-threatening, supportive environment (where there are no grades to worry about and mistakes are part of the expected learning process), or if your Latin is relatively good and you want to keep it that way, consider popping in on a Monday. As Stephen Powell, 2nd year MA student says, “Our Latin reading group is an underused resource!”