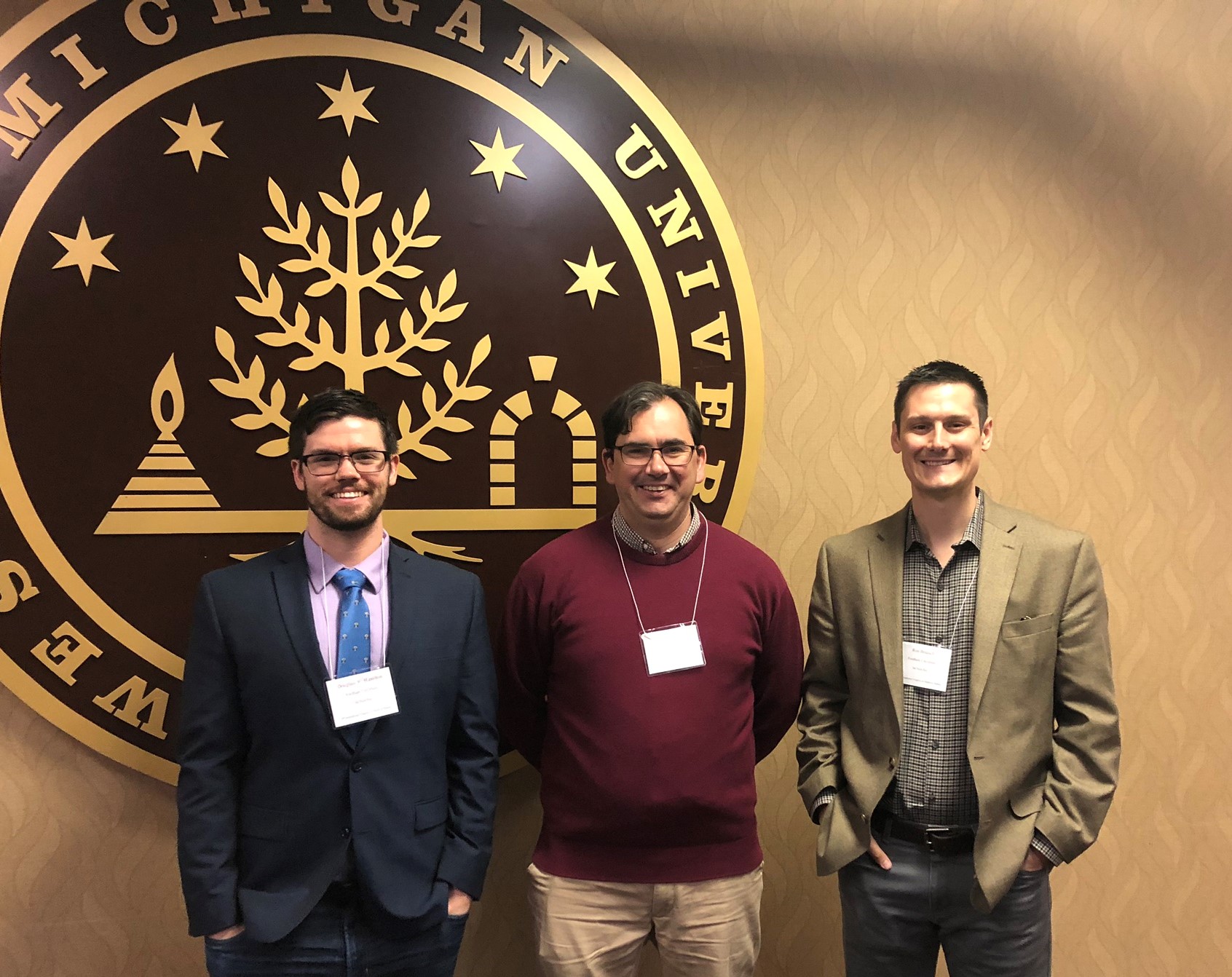 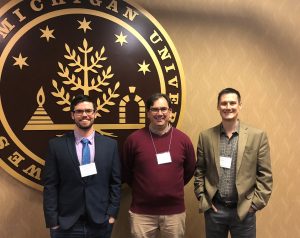 From May 9-12, Ronald Braasch and Douglass Hamilton represented Fordham at the 54th International Congress on Medieval Studies at Western Michigan University in Kalamazoo. The Congress brought together more than 2,500 scholars and experts from a variety of disciplines to explore and discuss the complexities of the middle ages.

On May 10th, Ronald Braasch took part in the Society of Medieval Military History (De re Militari) panel on Medieval Military Technology. Ron presented a paper titled “Combat Support, Edward III’s Armies in France: A Methodological Experiment.” In this paper, Ron examined chronicle evidence with the help of a Filemaker Pro database, revealing clues about the people supporting English armies as they marched across France during the Hundred Years’ War. He argued for the term “combat support” as a useful typology to discuss the people whose labor in transporting, engineering, and sustaining combat troops provided essential support for medieval armies.

On May 11th, Douglass Hamilton participated in the panel, Crusades in Context, where he presented the paper, “The Tafurs:  Reading Social Contrast in la Chanson d’Antioche.” This paper reassessed the significance of the Tafurs –an enigmatic group of crusaders reported to have engaged in cannibalism outside the walls of Antioch in 1098– in the late twelfth-century Old French Crusade epic, la Chanson d’Antioche.  By looking at their appearances in this text, Doug examined the presentation of the Tafurs as a conscious narrative attempt to address the social order of crusading. He suggested that the retrospective account and portrayal of the Tafurs offered in la Chanson d’Antioche betrayed an underlying anxiety to understand and reaffirm the social fabric of crusading in a time when chivalric identity was coalescing.  Doug was able to further assert that the Tafurs, intentionally depicted as profane, base, and of low standing, represented a deliberate social contrast to their knightlier crusading compatriots and took part in the codification of medieval societal structure.