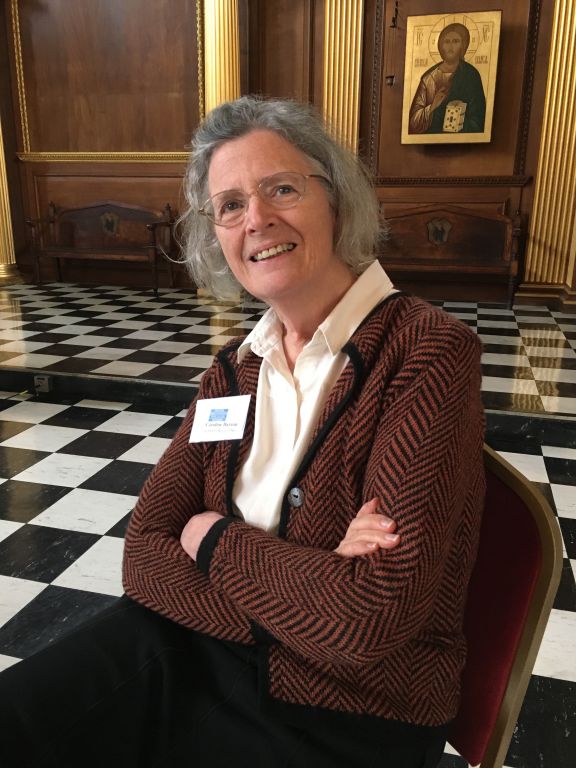 One of the benefits of a largely-virtual semester is that The Center for Medieval Studies is able to host scholars from all over the world. On October 21st, Professor Caroline Barron joined us from the United Kingdom to lead a master class on women’s wills from medieval London. Although now retired from teaching, Professor Barron remains one of the foremost scholars on the history of London and medieval English women. The master class, which was based on Professor Barron’s own research and archival discoveries, began with context about the city of London and the status of women living there. The economic opportunities available to women depended largely on their role as either daughters or single women, wives, or widows. Young women could become apprentices in certain crafts, while wives and widows could participate in or eventually take over a husband’s business. Despite these opportunities, London women were still subject to considerable social, economic and political restrictions, including the fact that a married woman had to request her husband’s permission to make her own will.

Before turning to the wills themselves, Professor Barron gave some background on each one and how they came to be a part of her research. The first document was the thirteenth century will of Emma le Smerwyf, which Professor Barron discovered in the Bodleian Library at Oxford University. The will ended up in the library after a fortunate series of property transactions, without which there would be no record of Emma le Smerwyf. The second will was that of Matilda Penne, a member of the Skinner’s Company in the late fourteenth century. Professor Barron was familiar with her through the work of Dr. Elspeth Veale, whose essay on Matilda was included in the suggested reading for the master class. The third and final will belonged to Dame Alice Wyche, the fifteenth century Londoner whose second husband became mayor of the city. Alice’s will is the latest addition to Barron’s research, which she placed in the context of Dr. Lisa Colton’s recent article on trends in performative post-mortem liturgy in late medieval London, which master class attendees also had the opportunity to read.

The majority of the master class featured an in-depth analysis of each will with special attention to the women’s occupations, varying levels of wealth, social networks, piety, and marriages. Professor Barron demonstrated the wide variety of valuable information contained in wills and provided the background necessary to teach participants how to extract and use that information. Professor Barron’s talk imparted the important lesson that research of this sort is an ongoing process: although she has been working with these wills for some time, she continually discovers more about these women, even in the days leading up to the master class. This event was especially useful for students in Professor Maryanne Kowaleski’s graduate seminar, “Interdisciplinary London”, who are currently learning about scholarly sources and methods in the context of medieval London. Professor Kowaleski’s students and all other attendees are incredibly grateful to Professor Barron for sharing her insights on this fascinating topic.