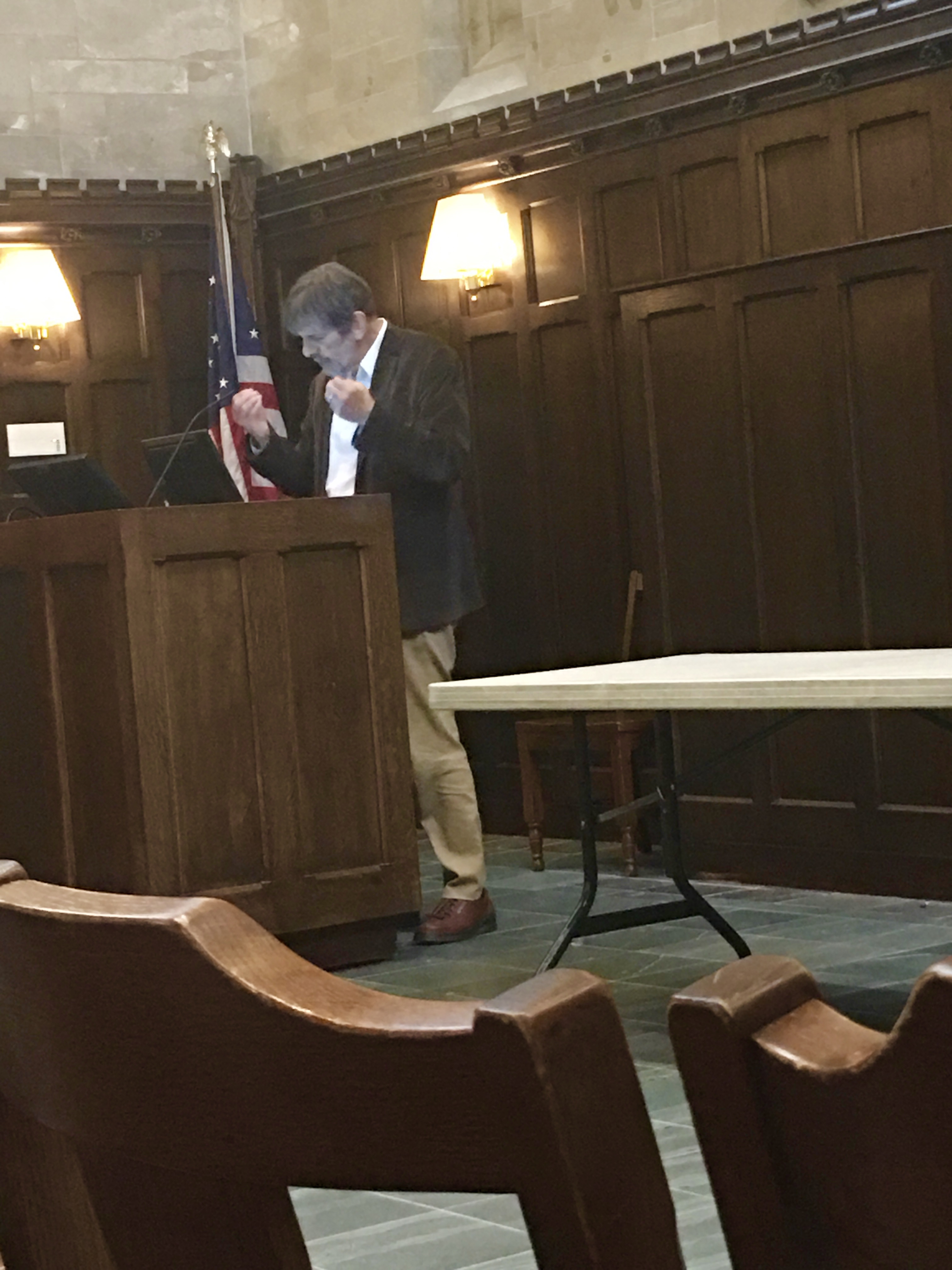 When one thinks of Dante, many descriptors come to mind: foundational poet, theologian, etc. In the long list of descriptors, a tightrope walker is probably not the first to come to mind. However, Irish poet Micheal O’Siadhail (pronounced: mee-hawl o’sheel) at Fordham Reads Dante’s third annual opening lecture on September 16th, presented Dante as such. O’Siadhail introduced seven tightropes that Dante faced as the author of the Divina Commedia. O’Siadhail also sees himself walking those seven tightropes in his newest work, The Five Quintets.

The Five Quintets was the recipient of the Conference on Christianity and Literature’s 2019 book of the year award and mirrors the Divina Commedia in its structure and purpose. O’Siadhail presents a five-part structure where each part is devoted to a specific discipline. O’Siadhail meets figures, including Dante, from the arts, economics, politics, science, and philosophy and theology. It is because of these similarities that O’Siadhail claims to walk the same tightropes as Dante. The seven tightropes are: holding a risky balance of hubris and daring narrative; the relationship of the figures to the overall message; the structure and how it affects meaning, judgments passed; envisioning a new era; being a credible yet divinely inspired poet; and finally the balance of portraying heaven and earth. Ultimately, O’Siadhail finds the biggest similarity between himself and Dante as being that both authors live(d) on the cusp of a great change. Dante wrote as the Middle Ages were shifting into modernity. And O’Siadhail writes on the edge of modernity as the world shifts into the global age.

Micheal O’Siadhail’s lecture and reading provided a unique launch of this year’s Fordham Reads Dante events. Fordham Reads Dante initiative offers sequential readings from the Divina Commedia monthly. The Center for Medieval Studies has co-sponsored these events with Modern Languages and Literatures (Italian) and the Curran Center for Catholic American Studies. Readings of Dante will follow throughout the semester! 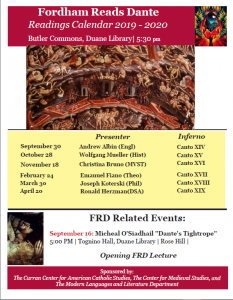