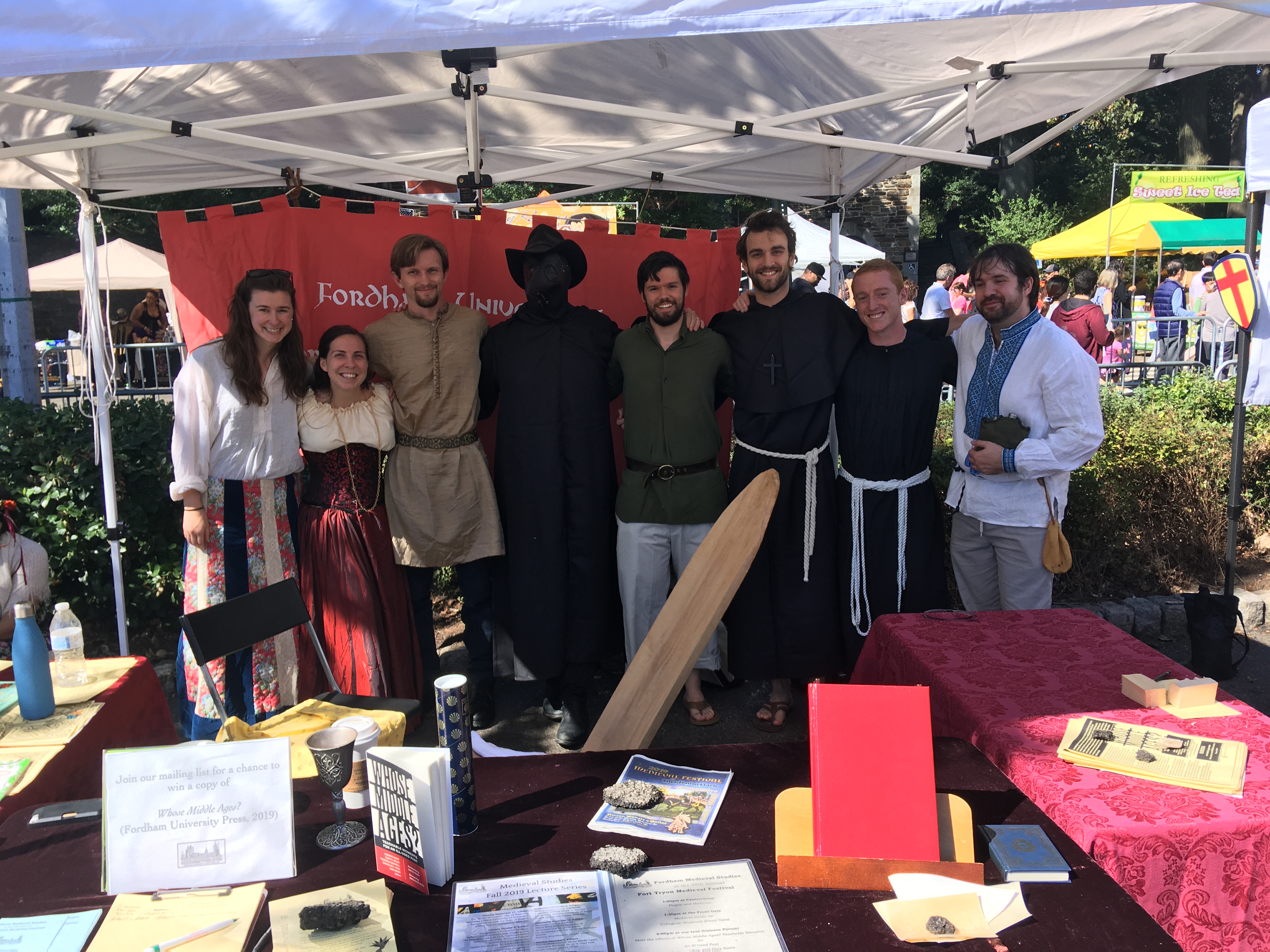 Now veterans of the annual Fort Tryon Medieval Festival, Fordham Medieval Studies reflects on its second appearance at the 35th iteration of the popular fête. Much more linen and wool (and maybe polyester) were worn than usual. Ropes replaced belts and collars were cast aside. The overwhelming aesthetic of Fordham’s booth combined clerical simplicity and peasant nonchalance (or is it destitution?).

Fordham again offered festival-goers the chance to “ask a medievalist.” By far the most common inquiry went something like the following: “What is the biggest misconception about the Middle Ages?” Fordham’s crew of social, intellectual, and medical historians along with a minority of philosophers and theologians provided diverse answers to this humble but immensely complicated question. Festival-goers were also treated to talks and demonstrations on:

The Center for Medieval Studies was thrilled not only to be able to represent Fordham University but also to stand as spokesmen and women for the academic study of the Middle Ages.